Q & A with Jennifer Lynch, a Senior at Temple University, on her Capstone Project

Home Blog Q & A with Jennifer Lynch, a Senior at Temple University, on her Capstone Project
NextPrevious

Q & A with Jennifer Lynch, a Senior at Temple University, on her Capstone Project 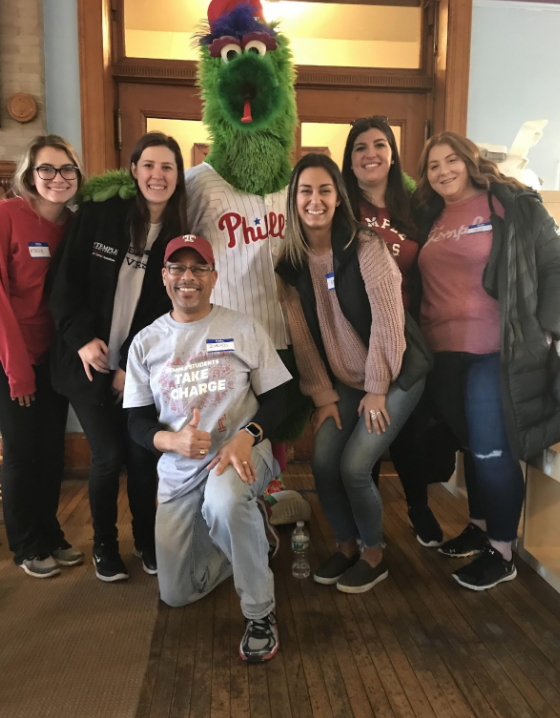 Q & A with Jennifer Lynch, a Senior at Temple University in PA, on her capstone project and how they chose a non-profit organization called With Purpose as a case study.

What is the Capstone Program and why was a non-profit chosen for the project?

This is a national case study competition that the Public Relations Student Society of America (PRSSA) holds annually which gives public relations students the opportunity to apply their knowledge from the classroom and internship into implementing a full public relations campaign. This was the first year that Temple University participated in the competition and this was our group’s public relations capstone class.

What is “With Purpose” and what was their need in terms of PR/Marketing?

With Purpose is a youth-led childhood cancer foundation that is dedicated to making sure there are safe and effective treatments options. They advocate for families affected by childhood cancer through empowering youth and community leaders to take action. With Purpose was founded by Erin Benson and Mike Lee after their son, Sam, was diagnosed with Diffuse Intrinsic Pontine Glioma (DIPG) which is a highly aggressive and difficult to treat brain tumors found at the base of the brain. Sam passed away at the age of 4 since there were no treatments available for him. Erin and Mike’s only goal before Sam passed away was for him to be a kid and be happy.

How did the Capstone group decide to address those needs and what were the desired outcomes?

The non –profit space is extremely competitive.  How did the project aim to set “With Purpose” apart from other organizations and their efforts?

We aimed to set “With Purpose” apart from other organization and their efforts through its story. Erin’s passion for spreading awareness for the issues surrounding childhood cancer is extremely strong. We wanted to make sure that her passion was seen in the events that we did not only on campus but off campus and through social media.

We really tried setting With Purpose apart from other organizations by focusing on the organization’s name- With Purpose. During one of our talks with Erin, she emphasized how important it was for Sam to continue living his life to the fullest and do everything with purpose even when his family knew he didn’t have much time left. This story really pulled at all of our heartstrings, so we tried to expand on that idea (letting “kids be kids” and have fun at Play With Purpose, posting what people did “with purpose” on social media…etc.)

In generating awareness for pediatric cancers and the lack of funding, was the objective of the project to raise funds or community awareness?  Was there a call to action?

What was the most impactful part of the project?  Successes?

The most impactful part of the project was our event Play With Purpose. We had over 300 families from the Philadelphia community in attendance and we received coverage from all four major television networks in Philadelphia. We couldn’t have asked for a more successful event.

What was most inspiring about the project and experience?

The most inspiring aspect of this experience has been listening to Erin talk so passionately about this cause and hearing her gratitude once it was all over. Overall, our goal for this competition was to win but once we heard Erin talk about With Purpose and discuss the achievements of all of the teams, it became so much bigger than just a competition. The work we did, and that the other Bateman teams did, truly made an impact and that feeling is greater than any trophy could bring us.

To me, Erin’s passion and motivation were infectious. It was inspiring just listening to her speak about her goals and dreams for this organization. I can’t say I’ve ever known someone so driven by such a tragedy to make a difference in this world. She really turned something heartbreaking like losing a child into an impactful movement, and I’m humbled to have been a small part of it.

What future PR/marketing goals would the group suggest for “With Purpose”?

Utilize the With Purpose chapters that have been created throughout the duration of this campaign in order to keep With Purpose relevant around the country. Almost every team held some type of event to spread awareness of the organization. It would be most beneficial for the With Purpose leaders to keep those events running in the years to come.

I believe social media is such a huge part of any organization’s platform, especially nonprofits. I hope Erin takes ideas from all of the Bateman contestants and continues to implement different social media campaigns in the future. There is so much that can be done for an amazing cause!

I think I have a lot more to learn in the PR/marketing field and for that reason, I believe I’ll stick with the agency setting for now. However, after such a rewarding experience over the past year, I can definitely see myself diving back into the nonprofit sector.

Personally, nonprofit work has always been a passion of mine, which is what initially drove me to become involved with the Bateman Competition. I’ve enjoyed spending my free time volunteering, helping others in need, and making an impact in the community. If I can combine those with a PR setting, that would be my dream job!