Can you tell us your name and how your life was turned upside down by pediatric cancer?

My name is Mary Herron. My whole world fell apart when my daughter Sophie was diagnosed with pediatric cancer. Before Sophie’s diagnosis, she was the picture of health. I don’t think she had ever even had an ear infection. Her diagnosis was the absolute worst day of my life, up until that point. It is every parent’s worst nightmare, and I was living it. 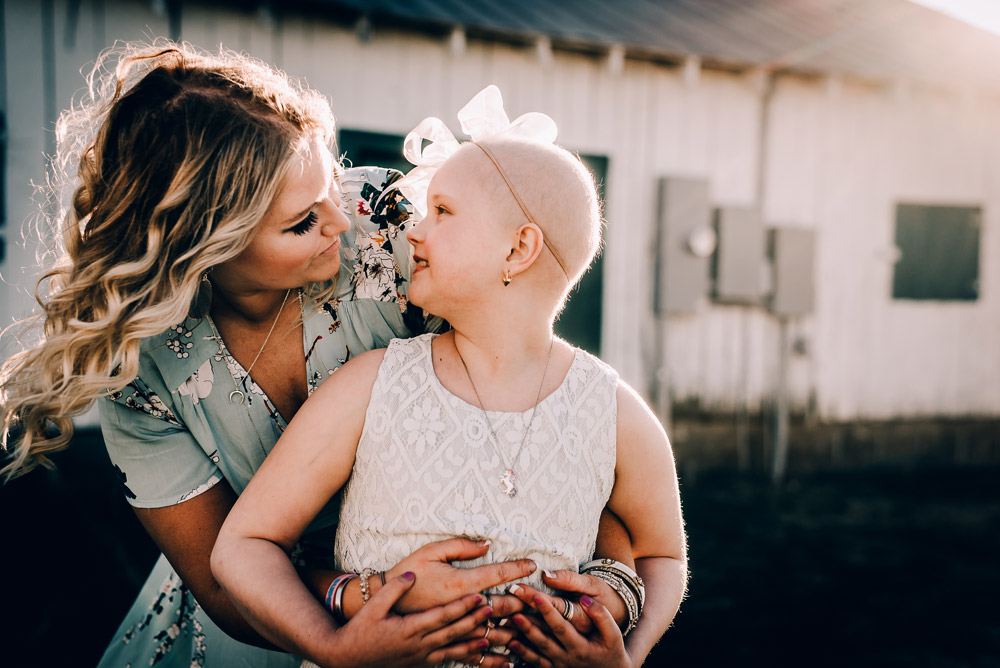 Can you describe the moment of Sophie’s diagnosis?  Can you remember your thoughts and feelings?

The days leading up to Sophie’s diagnosis, I had a horrible pit in my stomach. I just knew that the painless lump on her leg wasn’t good. I did a minimal amount of research before her biopsy, and what kept coming up was “Sarcoma.” The day of diagnosis, the orthopedic surgeon walked into the consultation room where my mom and I were waiting at a round table. After performing the biopsy on the mass in Sophie’s leg, she had some bad news for us. The mass was found to be Rhabdomyosarcoma, a “rare” form of pediatric cancer. I began screaming involuntarily. If I was standing, I would have collapsed. I was crying uncontrollably, and kept pleading, “WHY?! She’s just a baby! Not Sophie. WHY?” Up until that point, that was the very worst moment of my life.

Can you tell us about Sophie’s treatment and where she is today in terms of that?

Sophie has been battling Alveolar Rhabdomyosarcoma for 3 1/2 years now. After diagnosis, in 2016, Sophie underwent 48 grueling weeks of chemotherapy, 28 days of radiation and resection of the tumor in Sophie’s leg, she completed treatment in the fall of 2016 with scans that showed no evidence of disease. Unfortunately, Sophie’s battle was far from over. In July 2017 Sophie felt a hard lump in her stomach and the next day it was confirmed to be relapsed aRMS. This time she was Stage 4. She began chemo again in September 2017, and underwent another 28 days of radiation this past February, 2018. 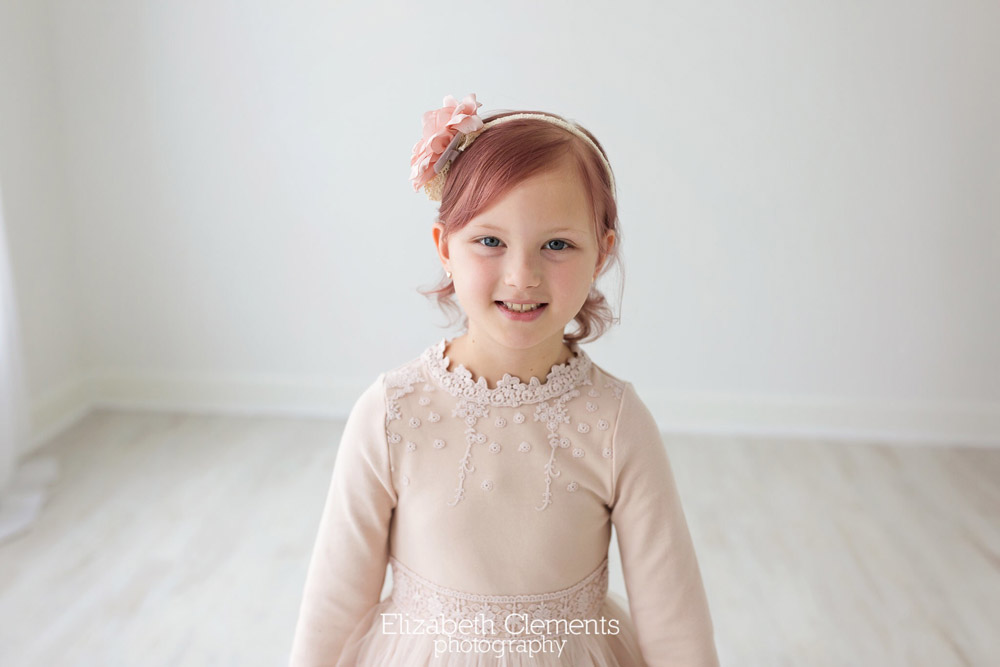 In June 2018, after some concerning, very scary scan results, we flew her to NYC to have a major surgery to remove the tumor at Memorial Sloan-Kettering Cancer Center. Before we went to MSKCC, I spoke to doctors and specialists at Duke, Mayo Clinic, Dana-Farber in Boston and a few others. Every single doctor I spoke to said that we were welcome to travel to their hospital, but there was likely nothing more that could be done for Sophie. I didn’t like those responses at all and thankfully I found a doctor that wasn’t ready to throw in the towel on Super Sophie just yet. This doctor at MSKCC recommended a very complex, aggressive surgery to remove the tumor. The world-renowned surgeon that performed this procedure found nothing short of a miracle when he opened Sophie’s abdomen. The tumor, that looked like it was growing and had become resistant to treatment on the scans, was actually dead or dying! This is VERY uncommon in these types of situations with Rhabdomyosarcoma — the expectation is that these tumors will eventually become resistant to chemo and spread uncontrollably. We were beyond thrilled and felt hopeful, for the first time in a long time, Sophie was finally on the road to complete recovery and healing.

Our celebration and joy over this miraculous surgery was cut short. In October 2018, exactly 3 years after Sophie was first diagnosed with cancer, 4 new tumors were found on her liver. We took her to the Mayo Clinic in Rochester Minnesota to get a second opinion, and it was there, after a CT was done of her entire abdomen, that we learned that Sophie’s cancer had spread uncontrollably throughout her precious body. The doctor at Mayo told us to take her home and enjoy whatever time we have left with her.

We did bring her home, but we did not give up! By the Grace of God, Sophie experienced a miraculous turn around in November. She literally went from not being able to sit up in bed or walk, at all, to standing up and walking down the hall from her bedroom in 2 days. The hospice nurse said it was the first time in her career that she had ever seen a child make a turnaround like this. In December, we made the decision, on the advice of our treatment team, to remove Sophie from hospice care. 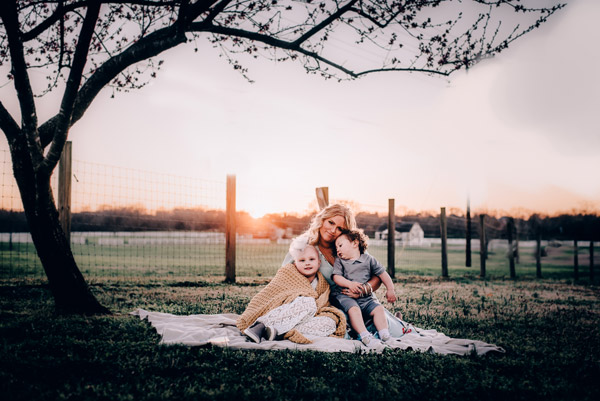 The first week of 2019 we traveled to Cleveland to see an amazing Pediatric Oncologist at Cleveland Clinic, Dr. Anderson. He offered more hope than we thought possible. We have been to Cleveland every month of this year, so far. Last month we got some scary, disappointing news— the tumor in Sophie’s pelvis was growing again and there were new areas of disease. Dr. Anderson and his incredible team already had a Plan B lined up, thankfully. We switched the chemotherapy regimen that she is on, and we are hopeful that these new drugs are working. A laparoscopic biopsy was also done the last time we were in Cleveland (beginning of April 2019). The surgeon was able to get 120 mL of tumor tissue from different areas of Sophie’s abdomen to be divided between and sent to 8 different labs for research, testing and for use in trials. Each lab/study only required 1 mL of tissue, but hopefully we will get better information and more clarity about the makeup of the cancer growing in Sophie’s body since each lab will receive more than 10 times the requisite amount for study. We are currently awaiting results. Sophie will complete one more cycle of the current chemo combination at our home hospital in Nashville, then we will travel up to Cleveland at the end of May to have scans performed to determine if/how well the chemotherapy is working.

Sophie’s strength is palpable.  What do you attribute that to?

Sophie is SUPER SOPHIE! Little did I know that when I gave her the title, “Super Sophie,” when she was first diagnosed, that she really would prove to be the strongest, most courageous person we’ve ever met. I can’t take any credit for it. Her faith plays a large part in her strength. She has always had a lot of grit, even as a spunky 4-year-old, but she really is so unbelievably strong. Her strength and resolve is unending and you will NEVER meet anyone with a more boundless, beautiful spirit + energy.

There are good days and bad.  How do you get through them all?

I think we have been through SO many bad days… it’s all relative. I mean, Sophie literally came back from being on the brink of death on hospice. It would take a LOT to bring us down. I’m not saying every day is wonderful + fun… but we make sure we appreciate every single day and LIVE every single moment to the fullest. Sophie’s harrowing battle and all that she has overcome has really given us a new perspective on life. 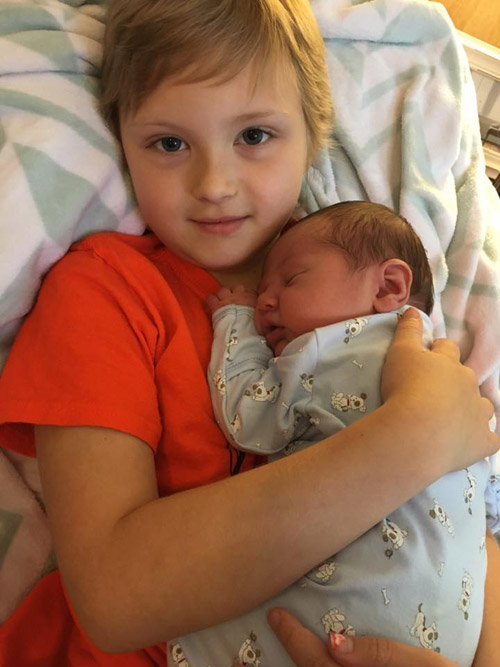 You have a 2- year-old son, Gabriel.  How do you balance your parenting?

Gabriel is our little joy bomb. Sophie says, “he is the best thing that has ever happened to this world!” I think I balance my parenting pretty much the same as any other parent who has more than one child. Obviously, Sophie needs a lot more of my time these days, but thankfully we have a wonderful support system and Gabriel loves his Mother’s Day Out program!

There must be so many exhausting days and waves of emotions, how do you cope?

I think it’s really important to “feel your feelings.” The first time that Sophie relapsed, Gabriel was only 3 months old and I went into survival mode. I was so focused on being strong for both of them, I think I shut down my emotions completely. I went for 8 months straight without crying…not healthy. Of course, I imploded, and realized that blocking myself off like that wasn’t helping anyone. I am very intentional about making time to take care of my self now, and I think that’s really important. 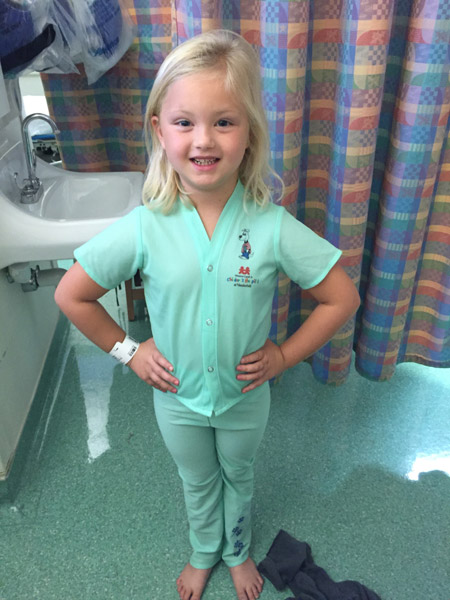 How has Sophie inspired Gabriel and how does Gabriel inspire Sophie?

Gabriel is SUPER “advanced” in all areas because he looks up to and wants to be just like Sophie. He started walking at 9 months, and was chasing Sophie around the house by the time he turned 1. He is very verbal and I honestly think he was so motivated because he wanted to be able to have conversations with his beloved “Sissy.” Gabriel is so affectionate, can melt Sophie and break through her toughest exterior. He is constantly cracking Sophie up, which is such a joy to watch.

Where will you be on Mother’s Day and how will your family observe the day?

Nothing quite like a Mother’s Love, what advice or words of wisdom do you have for other moms who are just hearing for the first time that their children have cancer? Remember to breathe. Each morning, as you prepare for the tough day ahead, remind yourself that your child is STILL HERE and that is something to be thankful for. Every day you are still in this battle, you are winning. Mourn the loss of their childhood, then channel that anger and sadness into finding ways to make the hardest days a little less difficult for your baby. Take every opportunity to make special memories and do fun things. There are so many great organizations out there for pediatric cancer warriors and their families. There are so many people that want to help you!

If something that a nurse or doctor is doing to your child seems off, kindly ask them what they are doing. Medical professionals are humans too and can make mistakes every now and then. Every doctor is also a person with their own biases and opinions based on their experiences. Don’t be afraid to ask questions or to ask for them to clarify something for you. Don’t let ANY medical professional talk you out of getting a second opinion if you want one.

Finally — trust your instincts! If your gut is telling you something is wrong, don’t ignore it. A lot of times a momma’s gut can tell something is wrong before it’s seen on a scan or test. That has certainly been true in our case!